Our world has changed so much just within the first half of 2020.
It is unpredictable what might unfold in the next few years. However, it can also be said that at any given time in the past, present or future, change is the only constant. We are constantly being reminded that the world is impermanent and capricious. That is why we must learn to let go of our obsessions with the past, overcome our fear of the future, and learn to appreciate the present moment.

Now is the best time to foster a space conducive to connecting those who are committed to “living wisely”. This is because throughout history, when met with deadly crises, mankind has helped one another and overcome those challenges. Scientists have suggested that the driving forces behind such collective cooperation are traits inherent in us such as empathy and compassion. At the same time, compassion and “awareness/mindfulness” are like two wings of a bird, in order to function effectively, there is a need to cultivate the wisdom to develop both of them simultaneously.

In preparing for our upcoming event in October, as well as to help you adapt to the current world, Wisdom2.0Japan is planning to delve into the following content:

＊Deepening the Value of “Living Wisely”
“Living Wisely” means crafting a good life that is based on wisdom. After this epidemic, Wisdom2.0Japan will be focusing more on the theme of our relationship with Mother Earth and all the other living things on it, and discuss how we can create a better future. We will be holding spaces to help merge the external technology of “science and automation” with our internal technology or “wisdom”, which will be shared by its seasoned practitioners/teachers both from Japan and other parts of the world. We aim to make it an opportunity for all of us to deepen our awareness.

*A Gathering Space for Communities who are Seeking to Share and Embody Wisdom.
Come and share Wisdom2.0’s philosophy and humanity’s wisdom with the world, connect with like-minded souls who are committed to creating a better future, and foster a community. This is the place to discover new insights and inspire one another. (This is to be done both in online gatherings and in off-line environments.)

By all means, please join our very first Wisdom2.0Japan. Learn about the wisdom of living, let us practice together, and overcome the various challenges posed by this era we live in.

Living Mindfully and Wisely in the Digital Age.

In times of chaos, find your path, and allow your life to blossom.
And what if you can also contribute to a creation of a better future? …

Instead of asking “what should I do?” why not ask “what the world can become through/because of me?
Such ideas were proposed by many great thinkers such as the author of “Reinventing Organization”, Frederic Laloux and author of “New Earth”, Eckhart Tolle.

It’s about time we connect the power of human instincts and intuition through our “wisdom = inner technology”.

To foster a greater understanding of our world and humans in general, let us listen and learn from the wisdom of global leaders across different fields of technology, religion, science, and business.
Then choose one of the many spaces we create here to digest that you’ve learned as your own wisdom, whether it’s in a quiet surrounding or through experiential interaction with other participants.

Bring positive change and growth to yourself. Create a better world.
Wisdom 2.0 Japan is a fun and relaxing conference committed to the cultivation of wisdom.

"The Vision of Wisdom 2.0" by Wisdom 2.0 founder Soren Gordhamer.

Wisdom 2.0 was held for the first time back in 2009 in Silicon Valley and since then has spread over to New York, Ireland, Paris, Singapore and other parts of the world.

Today, Wisdom 2.0 has evolved from 300 participants to now over 5,000 people and has hosted some of the world’s most influential people on stage, such as founders of Twitter, Facebook, and eBay.

As we reap the many benefits of living in an era of AI, robotics, and IT technology, let us also create a new paradigm of living more mindfully.

This is one of the most impactful events of the 21st century. Please join us! 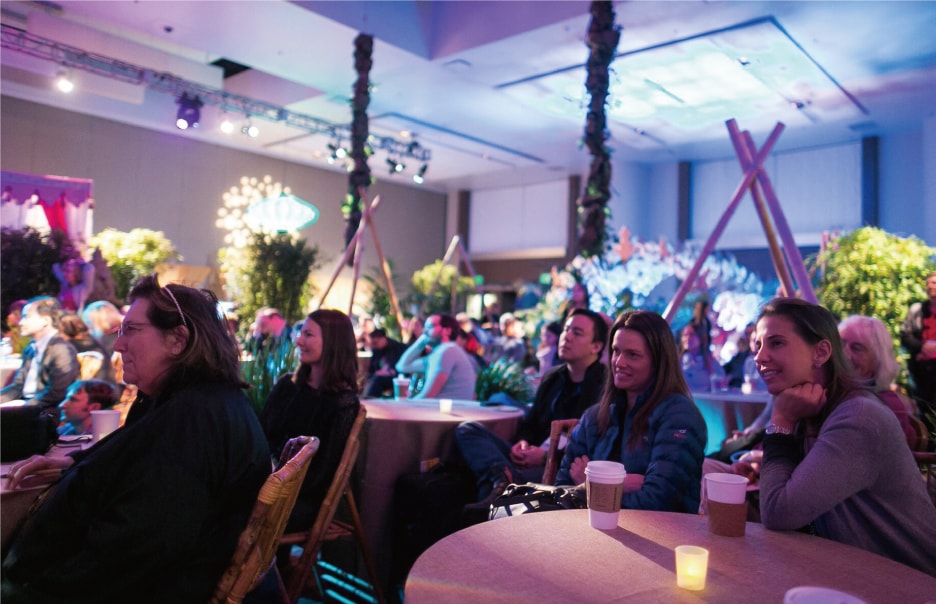